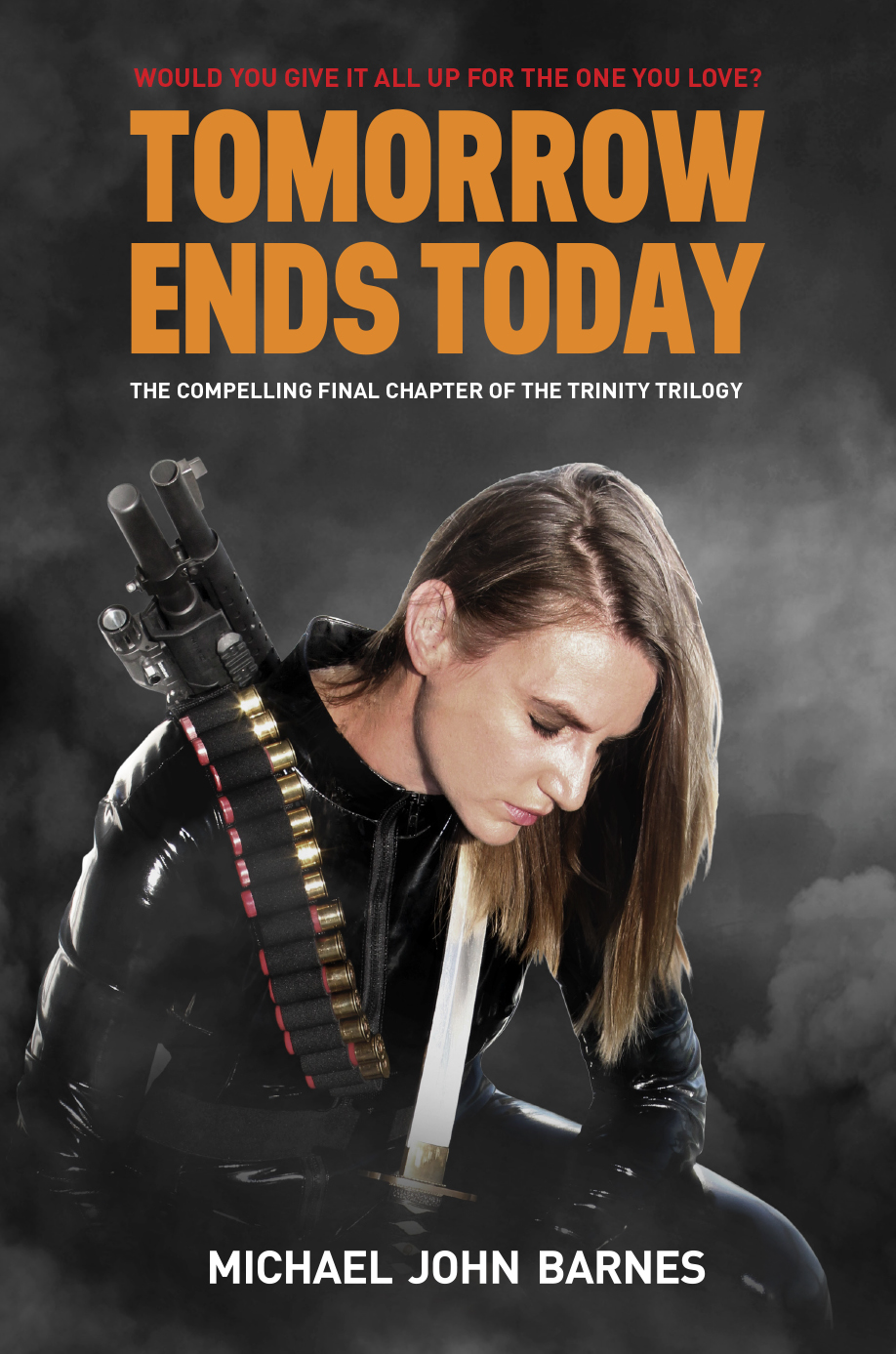 BUT SHE CAN’T RUN FROM IT.

Following a lifetime of killing, Trinity—a beautiful, troubled assassin—grinds out a lonely and aberrant existence in the darkened alleys of Tokyo.

She bides her time, knowing the day will soon come when she must seek retribution for the death of her friend, Angel, mercilessly killed by her nemesis, Borisa.

In a moment of weakness she breaks her own code and forms a connection with a vulnerable target of the local Yakuza. Unable to suppress her primal instincts to shed blood, Trinity’s entanglement with the ruthless gang of killers descends into carnage, triggering a warpath across two continents and into Europe.

Meanwhile, Gabriel, a former FBI agent who still carries a torch for Trinity, is waiting in Athens. Conflicted about his feelings for her, he maps out her movements from afar.

When at last their paths cross, Trinity and Gabriel haunt the cobblestoned streets of Athens in search of Borisa. The Bulgarian crime queen is the final roadblock between Trinity and a new life, and Trinity will stop at nothing until Borisa is dead.

‘TOMORROW ENDS TODAY, the final instalment of The Trinity Trilogy, is inspired by my emotions, my friends, my travels, my job, my mistakes, my successes and my imagination.’